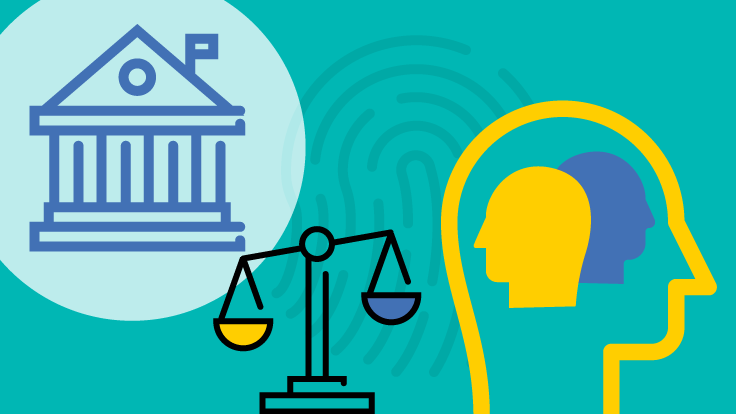 Majors in the area of People & Society examine how people process and document the human experience and human behavior in our societies both current, past and present.

Programs of Study, Degrees, and Certificates

“Pre-law” is not a major but rather a term that describes a student interested in applying for admission to a law school. There are no specific major or specific courses for pre-law students. A student’s overall GPA is important when applying for admission to a law school; therefore, a pre-law student should consider a major that he/she enjoys and can successfully complete. It is advisable to consider a major that can be used as an alternative to law school or can be used in coordination with the law degree.

As a pre-law student, you should plan a course of study that will give you a broad cultural background, develop the ability to think critically, gain an understanding of people and institutions, and know how to gather and weigh facts to solve problems and think creatively. They should be able to read rapidly with comprehension, express themselves clearly, completely, and concisely, both orally and in writing.

Suggested curriculum should include:

Most law schools require students to have a bachelor’s degree, demonstrate academic ability as evidenced by the Law School Admission Test (LSAT) scores, and a competitive grade point average. Admission to the University of California Schools of Law, Berkeley, Davis, Hastings, and San Francisco requires a Bachelor’s degree. Admission to McGeorge School of Law, Sacramento requires completion of approximately three-fourths of a four-year program, usually 90 semester units. Students should meet with a counselor to plan a course of study.

There are two types of credentials for teaching in the public schools of California, each permitting instruction in grades K-12.

One type is the Multiple Subject Credential for teachers in a self-contained classroom, in general required for most elementary school teachers (grades K-6).

For a Multiple Subject Credential, students must satisfy the following:

The other is the Single Subject Credential for teachers responsible for only one subject, in general for most junior and senior high school teachers (grades 7-12).

For a Single Subject Credential students must satisfy the following:

The Commission-approved subject matter programs are:

Sacramento City College strongly encourages students to meet with a counselor to obtain appropriate requirements for the four-year institution of their choice.

Students who desire to work in social welfare must first complete a baccalaureate degree and then a master’s degree in Social Work/ Welfare (MSW).

There is no specific lower-division preparation in this field, but suggested courses include:

Get Started and Apply