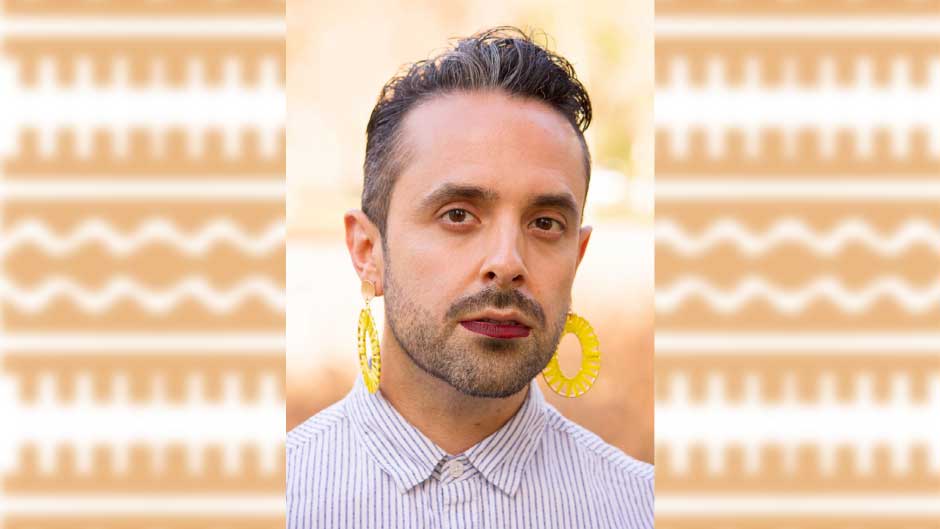 Roberto Chacon-Gutiérrez Young, an Assistant Professor of Theater Arts and Film at Sacramento City College, has been awarded the 2020-2021 Sundance Film Institute Indigenous Film Fellowship. The Sundance Institute will be producing Chacon-Gutiérrez's short sci-fi drama, “Do Digital Curanderas Use Eggs in Their Limpias?”

At the center of the film is a Gender Fluid Latinx Curandera/healer who had lost their magic and must convince their best friend to support their decision to leave their body and upload to a device that allows people to leave the pain of carbon-based life behind by uploading their human consciousness to the internet.

“I see filmmaking as an extension of my own Latinx, Chicano, and Indigenous storytelling traditions,” says Chacon-Gutiérrez. “The stories of our underrepresented communities, our representation in mainstream media particularly science fiction, is paramount to bringing hope, inspiration, and visibility to our communities both now and in our imagined futures. I want to create a cinematic world where queer and trans-Latinx Indigenous people not only survive but thrive and lead us forward.”

Sacramento City College's Theater Arts and Film Department, in collaboration with the Sundance Film Institute, will be producing the short film locally in Sacramento in the Spring of 2022. They will be staffing several upper-division film students on this project as production assistants, camera operators, assistant editors, and production coordinators. While the film centers underrepresented voices [Indigenous, Latinx, queer and trans], so will the staffing of the crew, who mostly come from similarly underrepresented stories.

The Sundance Institute’s Indigenous Program aims to support the next generation of Indigenous American storytellers through the Full Circle Fellowship, which provides opportunities for three fellows to explore a career as a filmmaker. Indigenous filmmakers have long been involved in the Institute, going back to Larry Littlebird (Laguna/Santo Domingo Pueblo) and Chris Spotted Eagle (Houmas Nation), who participated in the first meetings founding the Sundance Institute.

Theatre Arts Film
The Theatre Arts and Film program offers certificates in Film Production and Film Studies that provide a core foundation in these fields.

Theatre Arts
The Theatre Arts program provides students with an understanding of the overall process by which theatre is produced, including the theories and techniques of acting, directing, and playwriting, and the elements of technical theatre.