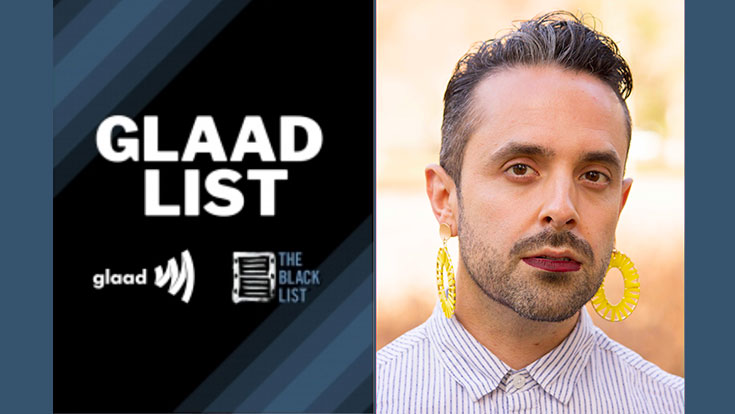 A screenplay by Roberto Chacon-Gutiérrez Young, an Assistant Professor of Theater Arts and Film at Sacramento City College, has been named one of the best unproduced LGBTQ screenplays of 2022 by Variety’s the GLAAD List (GLAAD and The Black List).

In “Electric Homies,” a queer Latinx curandera (healer) reluctantly inherits leadership of their lowrider car club after the club’s founder uploads their consciousness to a new digital utopia that is devastating their barrio. The screenplay is a feature film version of Chacon-Gutiérrez’s short sci-fi drama, “Do Digital Curanderas Use Eggs in Their Limpias?”, which was awarded the Sundance Film Institute Indigenous Film Fellowship in 2020-2021.

In developing “Digital Curanderas,” they discovered that there was much more to the story that needed to be told.

“My mentors at Sundance helped me develop such a rich world around my characters to help the short feel fully realized,” said Chacon-Gutiérrez. “After I got a final draft of the short I immediately wanted to dig more into the historical and philosophical conversations surrounding Chicano, Latinx and Indigenous people clashing with tech, gentrification, and colonialism, in a sci-fi narrative.”

Production on the short film wrapped in the spring and it is now in post-production. Sound is being mixed, animation and virtual effects are being added, and the plan is to have it ready for next season’s film fest circuit starting in January.

For Chacon-Gutiérrez, who sees filmmaking as an extension of their own Latinx, Chicano and Indigenous storytelling traditions, the experience making the short film was incredible.

“The mood on set was unlike anything else I've ever felt: safe, spiritual, supportive, empathetic, caring, transformative,” they said. “The work was hard, but we had each other and our ancestors to guide us.”

The set was staffed with local actors and filmmakers, including several SCC Film students.

“I really feel like my work as a professor informs the director I am on set,” said Chacon-Gutiérrez. “I try to make sure both my sets and classrooms are places where learning is the center of what we are doing. Where we all feel safe, cared for, respected, and curious. Where you can experiment. Where you can try new things because those around you share the same goals of learning and growing as people and artists.

“I couldn't be the director I am today without my time at City College and the lessons I've learned teaching here for 6 years,” they continued. “I owe so much of who I am now to my amazing students who have taught me, helped me grow and get better at my craft. I owe so much to my amazing faculty and staff mentors here at City who have always supported me.”