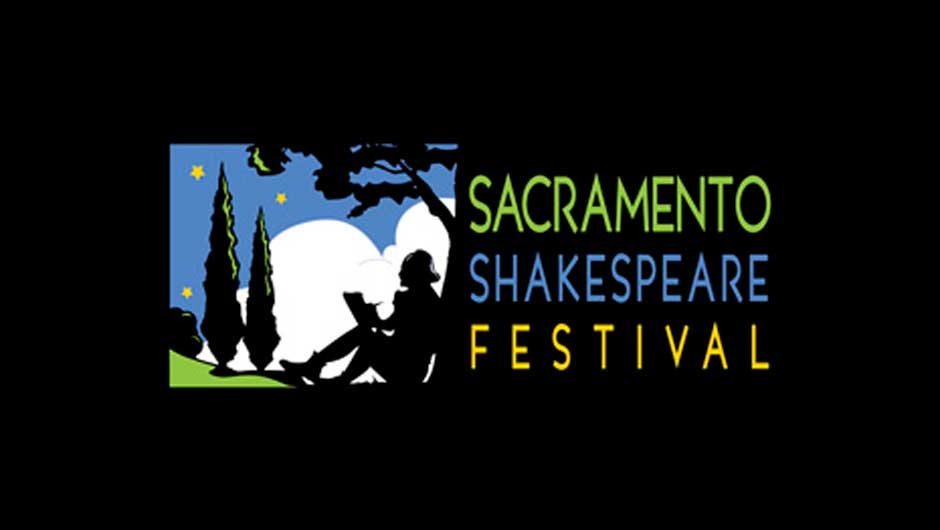 The Sacramento Shakespeare Festival at Sacramento City College is excited to announce its 2021 season after an unprecedented year’s absence. Last year was the only summer since 1966 the festival has not produced a show.  With 2021 becoming its 54th year, the festival will present possibly Shakespeare’s most powerful and influential work, Hamlet. The production will be performed live by the actors outdoors at Sacramento City College and presented streaming online for the audience. This will be the first Sac City College production in over a year with actors performing together onstage. The production will be directed by SCC faculty member Lori Ann DeLappe-Grondin and will include faculty members Luther Hanson as Claudius and Christine Nicholson as Gertrude. DeLappe-Grondin is placing the play in a contemporary Danish court which is being threatened by a deadly worldwide virus. In addition to Hamlet, the festival will break with tradition by presenting three staged readings collectively titled ShakespeareSideshows which are new plays inspired by Shakespeare’s work. Each reading will be presented once on the Sunday of each week of the festival. The new plays are Snug the Lion, a Play; Henry IV, Part One, Restored? The William Davenant Version; and Another As You Like It Reunion. The three plays are written by festival director Luther Hanson who will be directing the staged readings as well.

Hamlet will preview on Thursday, July 8, opens on Friday, July 9 and performs through Saturday, July 24. Performances will be streaming live at 7:30 p.m. on Thursdays, Fridays, and Saturdays. The online box office closes at 7:15 pm. Hamlet ticket price is $15 per person.

Each play of the Shakespeare Sideshows will be presented once on consecutive Sundays July 11, 18 and 25 at 7:30 pm with the online box office closing at 7:15 pm. The ticket for each reading is $10 per person.

Believed to have been written sometime around 1600, Hamlet sees the title character set on a quest for revenge. Prince Hamlet’s evil uncle Claudius has killed the King of Denmark, Hamlet’s father. But Hamlet is not just a blind revenge seeker who wants to kill his evil uncle and usurp the throne. He is intellectual, seeking moral ground, questioning himself and the justice of his actions. This inner dialogue of Hamlet is what makes the character such a compelling study, and so relevant a character model to present day. Hamlet has been retold and readapted countlessly, like in our childhood’s favorite film The Lion King, and is widely considered one of the all-time greatest works of literature.

The Shakespeare Sideshow staged readings begin with Snug the Lion, a Play which is a parallel story of A Midsummer Night’s Dream. The mechanical from Shakespeare’s well-known comedy Snug, who plays the lion in the famous end of show play-within-a-play, builds fancy furniture at home while rehearsing for Pyramus and Thisbe with his friends for the court. Next up is Henry IV, Part One, Restored? The William Davenant Version is based on Henry IV, Part I. The famous English theatre impresario William Davenant stages a production of Henry IV following the reopening of the London theatres after being closed for 18 years during the English Commonwealth. His production includes singing milkmaids and weasels, not part of Shakespeare’s original. And for the final reading, Another As You Like It Reunion finds the characters of Shakespeare’s beloved comedy still alive after four hundred years who move into an abandoned theatre for an evening of take-out and debate.

William Shakespeare (1564–1616) was an English poet, playwright, and actor, widely regarded as the greatest writer in the English language and the world’s pre-eminent dramatist. He is often called England’s national poet and the “Bard of Avon”. His extant works, including some collaborations, consist of around 38 plays, 154 sonnets, two long narrative poems, and a few other verses, of which the authorship of some is uncertain. His plays have been translated into every major living language and are performed more often than those of any other playwright.

Luther Hanson has written a collection of short one-acts called The Silliest Stuff That E’er I Heard, as well as several full-length plays, including King Arthur (in the style of Shakespeare); Bite Me, Cleopatra; My Little Druid; Malvolio’s Revenge; and adaptations of Mr. Toad and A Christmas Carol. He teaches Playwriting and the One-Act Playwriting Workshop at Sacramento City College and is the festival director for the Sacramento Shakespeare Festival.

Hamlet will be directed by Lori Ann DeLappe-Grondin (Henry V, Shakespeare in Love). The cast will feature Jonathan Plon as Hamlet, Luther Hanson as Claudius, Christine Nicholson as Gertrude, Kathleen A. Poe as Polonia, and Julianna Camilla as Ophelia. The design team will include Shawn Weinsheink (scenic design) and Nicole Sivell (costume design).

The Sacramento Shakespeare Festival, which is produced by City Theatre at Sacramento City College, strives to provide top-quality Shakespeare performances and training to the Sacramento community, utilizing the resources, teachers, and students of the Theatre Department, and utilizing the most experienced and professional artists in the Sacramento area.  The festival does this by producing full-length plays, shorter versions of Shakespeare's plays in various locations throughout the Sacramento area, traveling scenes and workshops to classes, community centers, and an on-site high school internship program when appropriate.

Theatre Arts
The Theatre Arts program provides students with an understanding of the overall process by which theatre is produced, including the theories and techniques of acting, directing, and playwriting, and the elements of technical theatre.