Home About Us Our Facilities Hughes Stadium

Opened in 1928 as Sacramento Stadium, the now-named Hughes Stadium seats 25,000. Aside from being home to Panther athletics has played host to star performers such as Pink Floyd, the Doobie Brothers, Joan Baez, and Linda Ronstadt. 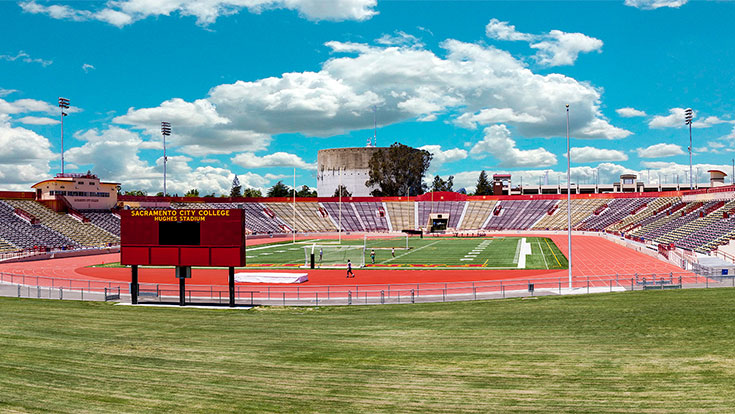 The stadium was renovated in 2012 and is used for athletic events, classes, and as a venue for local high school games as well as state-wide athletic championships and showcases.